The android framework provides plenty of standard tools for creating  attractive, functional graphical user interfaces. However, if you want more control of what your application draws on screen, or are venturing into three dimensional graphics, you need to use a different tool.

With OpenGL ES you can resolve all. The OpenGL ES APIs provided by the Android framework offers a set of tools for displaying high-end, animated graphics that are limited only by your imagination and can also benefit from the acceleration of graphics processing units (GPUs) provided on many Android devices.

II. How to implement?

1. Declare OpenGL ES use in the Manifest 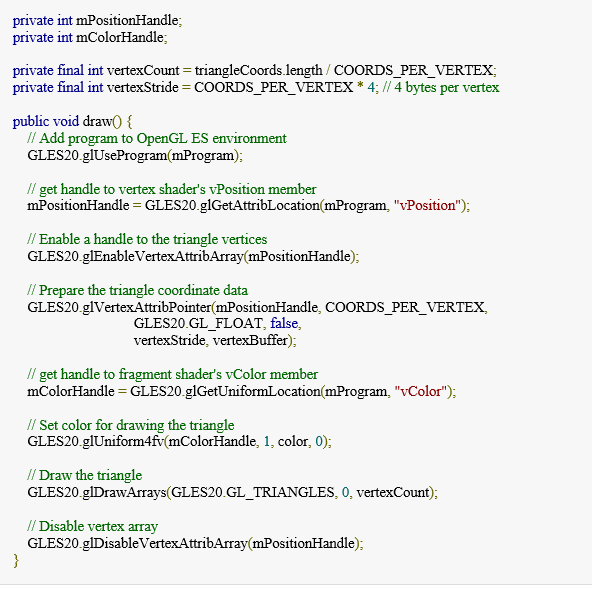 Rotating is what it sounds like. You add a rotation to the matrix making it appears like the mesh are rotated. With no translation before the rotation is around the origo. The x, y and z values defines the vector to rotate around. The angle value is the number of degrees to rotate.